Human Enough was recommended to me by Amy @ Bookish Heights because of the autism and asexual rep, and I requested it on Netgalley right away. If you’re not following her already, I would very much recommend checking out her blog, because she has amazing diverse recs!

I received an eARC of this book on Netgalley in exchange for my honest review.

When Noah Lau joined the Vampire Hunters Association, seeking justice for his parents’ deaths, he didn’t anticipate ending up imprisoned in the house of the vampire he was supposed to kill—and he definitely didn’t anticipate falling for that vampire’s lover.

Six months later, Noah’s life has gotten significantly more complicated. On top of being autistic in a world that doesn’t try to understand him, he still hunts vampires for a living…while dating a vampire himself. Awkward. Yet Jordan Cross is sweet and kind, and after braving their inner demons and Jordan’s vicious partner together, Noah wouldn’t trade him for the world.

But when one of Jordan’s vampire friends goes missing and Noah’s new boss at the VHA becomes suspicious about some of his recent cases, what starts off as a routine paperwork check soon leads Noah to a sinister conspiracy. As he investigates, he and Jordan get sucked into a deadly web of intrigue that will test the limits of their relationship—and possibly break them. After all, in a world where vampires feed on humans and humans fear vampires, can a vampire and a vampire hunter truly find a happy ending together? 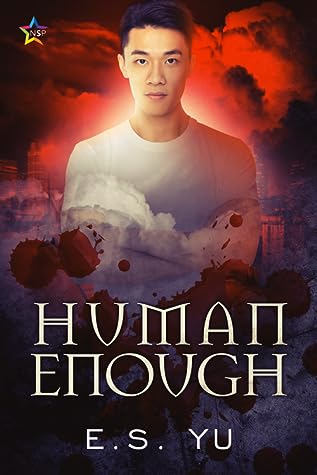 Honestly, this book had me at “On top of being autistic in a world that doesn’t try to understand him, …” Because that’s really how it feels, and it gave me high hopes for the autism rep in this book. And the representation ended up being SO amazing and relatable and often made me want to scream “YES!” and cry at the same time. I can’t help feeling so incredibly grateful whenever I get to read good autism rep, because there really isn’t a lot.

Anyway, onto the book itself! The main character, Noah, is a Chinese-American, pansexual, and, like I said, autistic 25-year-old guy, who works as a vampire hunter. When he gets kidnapped by a really old vampire, he meets Jordan, who’s also a vampire, and *accidentally* falls in love with him. Jordan is gay and grey-asexual, and struggles with depression. I absolutely loved these characters, and the romance was just fantastic. So soft, and so sweet.

The book is told alternating between the time when Noah and Jordan meet, and a year later, when they are living together. I thought this worked really well, because it took away a lot of possible angst when it comes to “will they, won’t they?”, and it added so many domestic scenes that you usually miss out on when a book ends when the characters get together.

Of course there’s also a plotline driving both of the storylines forward, and I really enjoyed this as well. The book is quite short and really fast-paced, which can also be a downside because it did mean some things were a little rushed and were maybe resolved a little too easily. Because of this, I would mostly recommend this for the incredible romance and representation.