“I have seen human suffering in all of its spawning variations and there are as many expressions as there are stars crowding the sky. Just as a star is born of dust and debris, suffering is born from the debris of your longing.”

I received an ARC of The Guardian’s Heart from the publisher. What I read of it – some fragments and the blurb – had me instantly interested. I’m not sure what I was expecting when I started reading this book, but I was pleasantly surprised!

First of all, I loved Lea’s writing. It’s not all that complicated – I think this book would be suitable for pretty young teenagers (middle-grade) – but it has a lovely vibe and rhythm, and I found myself continually saving different quotes on my ereader.

The Guardian’s Heart is about Lilly, a Soul Guardian. She lives at the planet Panacea, in a different dimension. In their sleep, Soul Guardians help humans on Earth to lighten the pain in their lives. I thought this was a pretty original, and very interesting, premisse. The idea is that souls reincarnate and they can reach Panacea if they’ve done well enough. I’ve always been interested in reincarnation myself, and I really liked how it was used in this book. Another great thing is that I know that I would have LOVED the idea of having a Soul Guardian watch over me as a kid, and I kind of still do. There’s something warm and fuzzy about it.

“Whenever there were humans in pain, we would be there to support them. We didn’t see it as a chore or a burden, it was just the way of our world. We did it gladly, because in truth, every earthbound Soul suffers… more than anyone ever sees or knows… and more than they want to admit. The reality is, suffering is an inescapable part of what it means to be human; a common thread that binds Souls together.”

Usually, the Soul Guardians help a lot of different people, never seeing the same person more than once. And usually, the people they help don’t notice them doing it. But Jay is different… Which is hard for Lilly, because there is also her childhood friend (and possibly more than a friend) Christian. This might sound like just another love triangle, but it wasn’t annoying, because Lilly wasn’t being overly dramatic about it.

The book’s plot followed a logical structure, with clear steps. It started with a sort of introduction where you meet the world and the characters in it, and then you go on to discover (along with Lilly) that something weird happened (Jay noticed her presence). The book goes on like that, taking new steps on logical moments in the story. That makes it well-paced, and it gives the reader a chance to figure things out along with the main character, without ever becoming too long-winded.

Lilly was a loveable main character, because she was bubbly, but still realistic and not naive. I especially loved Christians sass, but Jay definitely had something: he was dark, but he could still see the beauty of things. That’s why his POV definitely adds something, and it gives you more insight in the story.

But something about the characters made me feel a little distanced, making it hard for me to really relate to them. There wasn’t a lot of background information revealed about them, nor did they go through a big character growth. The only characters that were rounded, were Lilly and Jay. And even their growth wasn’t as big as I would have liked. 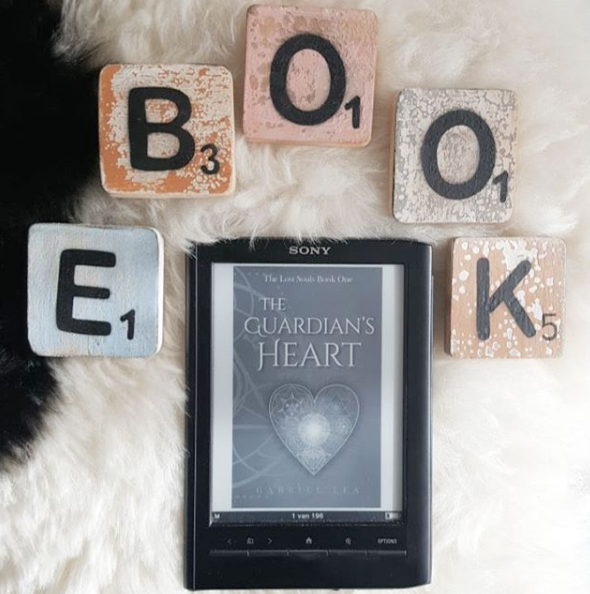 On the one hand, I loved the Panacea world building, as it felt all light and wonderful. However, it was so much like earth it quickly became a little unrealistic, because it’s meant to be some kind of nirvana. Would you, had you finally reached ‘paradise’, want to go to lectures wearing a backpack? This is something I had a bit of an issue with while reading: that there were so many day-to-day details in Panacea that seemed a bit weird and unnecessary in the setting of a wonderful place like that.

Also, I did think the world-building was a little black and white when it comes to how good Panacea was and how bad earth was considered to be. It’s possible that this will change in the next book, since it’s the first book in a series.

Most of all however, every time I came up with criticism, Lea unknowingly refuted it in a later part in the story, giving more background information. For example, at first I thought it was a little weird how human the Panacea people were. I would have expected something like elves, for instance. But then I found out they were souls that reincarnated from earth, and it made a lot more sense all of a sudden.

Overall, I really enjoyed this book, and especially the writing. The story was painful at times, but also full of love and hope. I would recommend it to a lot of younger (middle-grade) readers, but also to everyone who loves a light but insightful read.

To conclude, I loved to see some sort of a Harry Potter reference, be it intended or not:

“Help is always given to those who ask.”

Which is comparable to Rowling’s:

“You will also find that help will always be given at Hogwarts to those who ask for it.”