I’m actually trying to buy fewer books this year, but it’s going to be hard with so many great books coming out. February is going to be an amazing month for new releases, and in this post, I’ll share the 5 books I’m looking forward to the most this month.

Phil Stamper – The Gravity of Us

As a successful social media journalist with half a million followers, seventeen-year-old Cal is used to sharing his life online. But when his pilot father is selected for a highly publicized NASA mission to Mars, Cal and his family relocate from Brooklyn to Houston and are thrust into a media circus.

Amidst the chaos, Cal meets sensitive and mysterious Leon, another “Astrokid,” and finds himself falling head over heels—fast. As the frenzy around the mission grows, so does their connection. But when secrets about the program are uncovered, Cal must find a way to reveal the truth without hurting the people who have become most important to him.

Expertly capturing the thrill of first love and the self-doubt all teens feel, debut author Phil Stamper is a new talent to watch.

This book undoubtedly has one of the most beautiful covers of 2020. And it sounds so good as well! I’ve been looking forward to it ever since I saw the cover release and after I read an early excerpt, and I also got to interview the author a while ago. You can read the interview here!

The book came out last Tuesday, and I can’t wait for my preorder to arrive. (One of the downsides to being an international blogger is never receiving my preorders on release day…)

In this nail-biting sequel to Tehlor Kay Mejia’s critically acclaimed fantasy novel We Set the Dark on Fire, La Voz operative Carmen is forced to choose between the girl she loves and the success of the rebellion she’s devoted her life to.

Being a part of the resistance group La Voz is an act of devotion and desperation. On the other side of Medio’s border wall, the oppressed class fights for freedom and liberty, sacrificing what little they have to become defenders of the cause.

Carmen Santos is one of La Voz’s best soldiers, taken in when she was an orphaned child and trained to be a cunning spy. She spent years undercover at the Medio School for Girls, but now, with her identity exposed and the island on the brink of civil war, Carmen returns to the only real home she’s ever known: La Voz’s headquarters.

There she must reckon with her beloved leader, who is under the influence of an aggressive new recruit, and with the devastating news that her true love might be the target of an assassination plot. Will Carmen break with her community and save the girl who stole her heart—or fully embrace the ruthless rebel she was always meant to be?

We Set the Dark On Fire was one of my absolute favourite books of 2019, and I’m incredibly hyped for the sequel. We Unleash the Merciless Storm comes out on February 25th!

New York Times bestselling authors Becky Albertalli and Aisha Saeed have crafted a resonant, funny, and memorable story about the power of love and resistance.

YES
Jamie Goldberg is cool with volunteering for his local state senate candidate—as long as he’s behind the scenes. When it comes to speaking to strangers (or, let’s face it, speaking at all to almost anyone), Jamie’s a choke artist. There’s no way he’d ever knock on doors to ask people for their votes…until he meets Maya.

NO
Maya Rehman’s having the worst Ramadan ever. Her best friend is too busy to hang out, her summer trip is canceled, and now her parents are separating. Why her mother thinks the solution to her problems is political canvassing—with some awkward dude she hardly knows—is beyond her.

MAYBE SO
Going door to door isn’t exactly glamorous, but maybe it’s not the worst thing in the world. After all, the polls are getting closer—and so are Maya and Jamie. Mastering local activism is one thing. Navigating the cross-cultural romance of the century is another thing entirely. I’m deeply ashamed to admit that I received an eARC for this book months ago, was extremely hyped to read it, and then didn’t get around to reading it until release day. But the good news is: I’m currently reading it, and I’m really enjoying it! And when you’re reading this, it’s already out!

Since it’s election year in the US, I’m very interested in reading some of the more political books that are set to come out. For instance, I’m also looking forward to The Voting Booth by Brandy Colbert and The State of Us by Shaun David Hutchinson.

Emilie des Marais is more at home holding scalpels than embroidery needles and is desperate to escape her noble roots to serve her country as a physician. But society dictates a noble lady cannot perform such gruesome work.

Annette Boucher, overlooked and overworked by her family, wants more from life than her humble beginnings and is desperate to be trained in magic. So when a strange noble girl offers Annette the chance of a lifetime, she accepts.

Emilie and Annette swap lives—Annette attends finishing school as a noble lady to be trained in the ways of divination, while Emilie enrolls to be a physician’s assistant, using her natural magical talent to save lives.

But when their nation instigates a frivolous war, Emilie and Annette must work together to help the rebellion end a war that is based on lies.

Another book that came out last Tuesday and that I haven’t read yet. Can you tell I need to catch up on eARCs?

I have heard amazing things about the asexual rep in this book though, so I’m very excited to start reading it soon!

In this perfectly pitched novel-in-letters, autistic eleven-year-old Vivy Cohen won’t let anything stop her from playing baseball–not when she has a major-league star as her pen pal. Vivy Cohen is determined. She’s had enough of playing catch in the park. She’s ready to pitch for a real baseball team. But Vivy’s mom is worried about Vivy being the only girl on the team, and the only autistic kid. She wants Vivy to forget about pitching, but Vivy won’t give up. When her social skills teacher makes her write a letter to someone, Vivy knows exactly who to choose: her hero, Major League pitcher VJ Capello. Then two amazing things happen: A coach sees Vivy’s amazing knuckleball and invites her to join his team. And VJ starts writing back! Now Vivy is a full-fledged pitcher, with a catcher as a new best friend and a steady stream of advice from VJ. But when a big accident puts her back on the bench, Vivy has to fight to stay on the team. 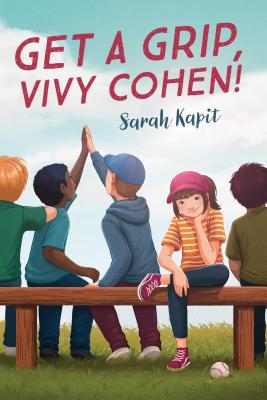 I only found out about this book last week, but BOY, am I hyped. I was just starting to despair about the lack of #OwnVoices books with autistic protagonists this year when I came across the author of this book on Twitter.

Get a Grip, Vivy Cohen! is a middlegrade about an autistic girl, and I’m dying to read it. Middlegrade can be so healing to read, in my opinion, and I haven’t yet gotten the opportunity to read any middlegrades with good autistic representation. 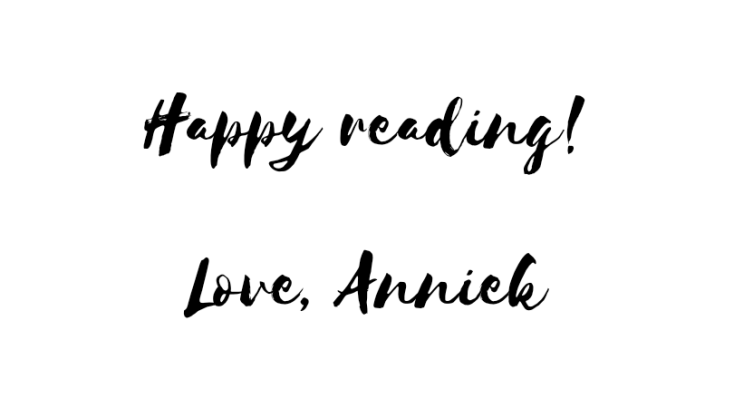 2 thoughts on “Most Anticipated Releases of February”