Even though there are really not a lot of new releases in December, there are still 4 books I’m really looking forward to, and I wanted to share those in this post!

Inception meets The Magicians in the most imaginative YA debut of the year!

All Kane Montgomery knows for certain is that the police found him half-dead in the river. He can’t remember how he got there, what happened after, and why his life seems so different now. And it’s not just Kane who’s different, the world feels off, reality itself seems different.

As Kane pieces together clues, three almost-strangers claim to be his friends and the only people who can truly tell him what’s going on. But as he and the others are dragged into unimaginable worlds that materialize out of nowhere—the gym warps into a subterranean temple, a historical home nearby blooms into a Victorian romance rife with scandal and sorcery—Kane realizes that nothing in his life is an accident. And when a sinister force threatens to alter reality for good, they will have to do everything they can to stop it before it unravels everything they know.

This wildly imaginative debut explores what happens when the secret worlds that people hide within themselves come to light.

I already got to read an eARC of Reverie through Netgalley, and I really enjoyed it, so I can’t wait to pick up a physical copy! You can read my full review here.

After battling the impossible, Zélie and Amari have finally succeeded in bringing magic back to the land of Orïsha. But the ritual was more powerful than they could’ve imagined, reigniting the powers of not only the maji, but of nobles with magic ancestry, too.

Now, Zélie struggles to unite the maji in an Orïsha where the enemy is just as powerful as they are. But when the monarchy and military unite to keep control of Orïsha, Zélie must fight to secure Amari’s right to the throne and protect the new maji from the monarchy’s wrath.

With civil war looming on the horizon, Zélie finds herself at a breaking point: she must discover a way to bring the kingdom together or watch as Orïsha tears itself apart.

Children of Virtue and Vengeance is the stunning sequel to Tomi Adeyemi’s New York Times bestselling debut Children of Blood and Bone, the first title in her Legacy of Orïsha trilogy.

Having LOVED Children of Blood and Bone, I’ve been impatiently awaiting the sequel for so long now, and I can’t wait to finally read Children of Virtue and Vengeance! I’ll probably have to reread book 1 first, and I just know it’s going to be a very enjoyable experience once again. I preordered a signed edition through Waterstones and I’m really excited.

Kiskeya Burgos left the tropical beaches of the Dominican Republic with a lot to prove. As a pastry chef on the come up, when she arrives in Scotland, she has one goal in mind: win the Holiday Baking Challenge. Winning is her opportunity to prove to her family, her former boss, and most importantly herself, she can make it in the culinary world. Kiskeya will stop at nothing to win , that is, if she can keep her eyes on the prize and off her infuriating teammate’s perfect lips.

Sully Morales, home cooking hustler, and self-proclaimed baking brujita lands in Scotland on a quest to find her purpose after spending years as her family’s caregiver. But now, with her home life back on track, it’s time for Sully to get reacquainted with her greatest love, baking. Winning the Holiday Baking Challenge is a no brainer if she can convince her grumpy AF baking partner that they make a great team both in and out of the kitchen before an unexpected betrayal ends their chance to attain culinary competition glory. 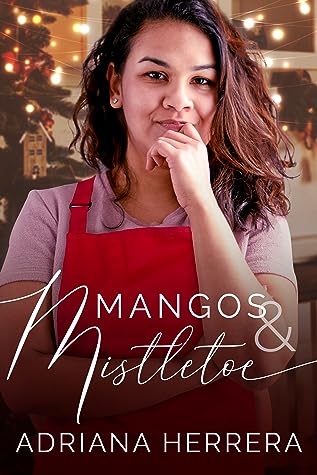 I’ve been on a real romance kick lately, which is still kind of new to me, but which I’m very much enjoying. I’ve read one book by Adriana Herrera before and really enjoyed that, and Mangos and Mistletoe just sounds so cosy and Christmassy, which is perfect as I’ve been looking for holiday reads!

All Colden Hayes wanted was to spend Christmas by herself in a cottage by the sea, where the cheer of the holiday season couldn’t reach her. Everything was going according to plan, until the cottage she rented turned out not to exist and she ends up snowed-in at a charming inn that happens to be owned by the family of her most-hated coworker, Laura Sterling. Talk about bad luck.

Colden ends up saying yes to Laura’s mother when she insists on giving her a room. It’s supposed to only be for a night, but she somehow finds herself agreeing to spend Christmas with the Sterlings. She blames the festive atmosphere that she couldn’t seem to escape. Maybe there’s something in the mistletoe?

Against her will, Colden finds herself being sucked into the comfort and joy of the season, even though she can’t seem to escape Laura, who is literally everywhere Colden is, like she’s doing it on purpose. Things get even worse when they’re forced to share a bed when there’s a fire at a local farm and the inn offers all the available rooms to the family.

Colden finally realizes there’s a thin line between annoyance and attraction, and she and Laura definitely crossed it. She’s also pretty sure that Laura’s mother is shipping them hard – and so is the rest of her family, right down to her great-grandmother whose main companion is a two-hundred pound pig named Minnie.

Will the magic of the holiday season melt Colden’s heart? Or will she go back to Boston alone, with only the memories to keep her warm? 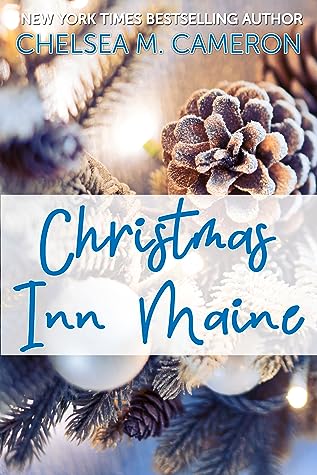 Another Christmassy romance book I really want to read is Christmas Inn Maine, which will be my first book by Chelsea M. Cameron, a romance author I’ve seen recommended a lot when looking for F/F romances! This sounds very promising and I can’t wait to get to it, December will be filled with Christmas reads for me!

5 thoughts on “Most Anticipated Releases of December”